While the grades after the fourth and last Physics Fight are being double checked and processed, have a look at the organization of the semi-finals and Grand Finale of the tournament! 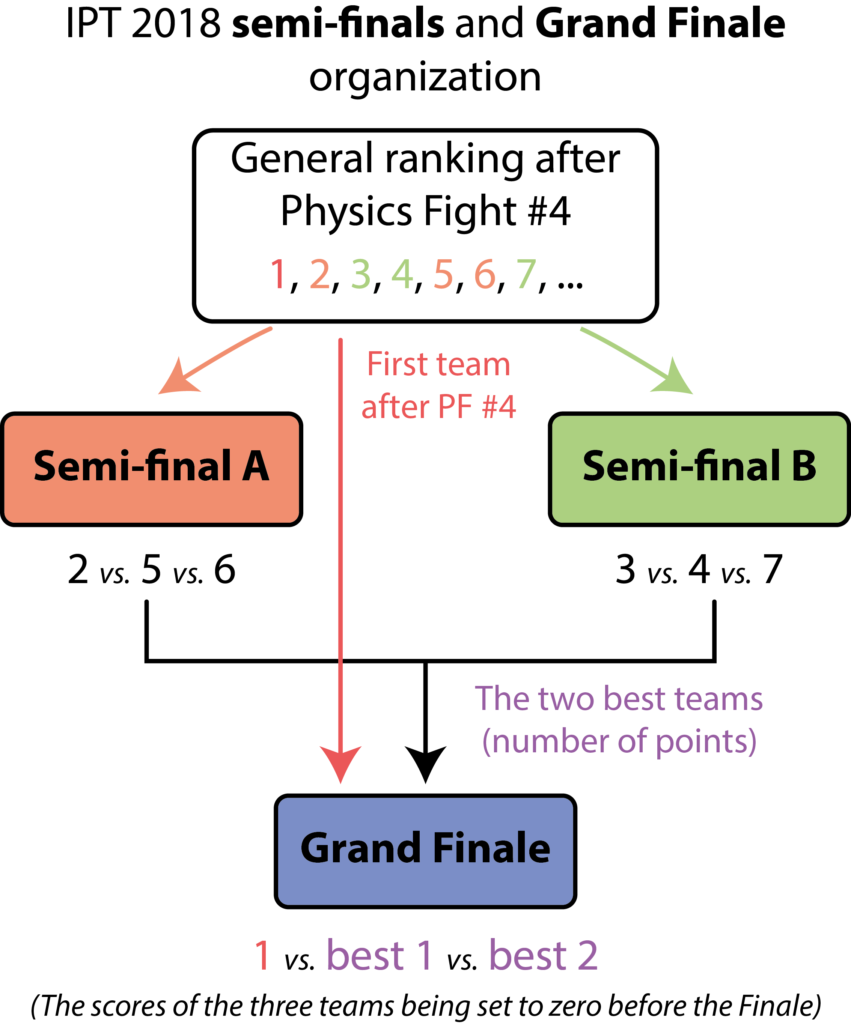 After the semi-finals, the Grand Finale, which will happen on Saturday morning and should be live streamed, will gather the first team of the general ranking after PF #4 and the two best teams of the semi-finals (according to the overall number of points in the semi-finals).

Who do you think will go the the semi-finals and the finale?

Error: An access token is required to request this resource.
Type: OAuthException
Code: 104
Please refer to our Error Message Reference.
Tweets by @IPT_Official